Your cart is empty.

Your cart is empty. 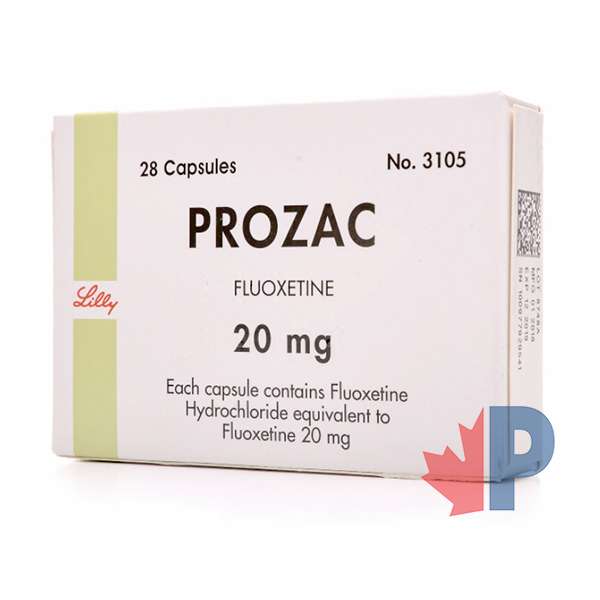 What is Prozac (Fluoxetine)?

This medication should be taken according to instructions given by your healthcare provider. The capsule form is typically taken once per day in the morning. If your doctor has prescribed you to take it twice a day, take it once in the morning and once at noon. Capsules are available in 10mg, 20mg, and 40mg strengths. Dosage is calculated based on the severity of your condition and how you respond to treatment. It is common to start at a low dose and gradually increase if needed. Take this medication at the same time each day and keep taking it even if you feel well. It is important that you do not stop taking this medication without asking your doctor first. The liquid form of this medication should be measured carefully using a special measuring device. Do not measure it with a household spoon, as you run the risk of not taking an accurate dose.

Prozac prescribed for premenstrual dysphoric disorder can be taken every day of the month or just in the two weeks prior to your period. Be sure to follow your doctor’s instructions carefully, and always ask if you are unsure. It can help to mark your calendar, so you don’t forget.

Store Prozac in the packaging it came in until it is time to take it. Prozac should be stored in a place that will not exceed 25°C, away from direct sunlight and moisture. Keep out of reach of children and pets. Do not take expired medication. Dispose of expired or surplus medication responsibly, following the instructions of your healthcare professional. Do not flush medication down the toilet or sink.

Common side effects associated with Prozac include:

If any side effects worry you, tell your doctor, particularly if they worsen or do not resolve on their own.

Occasionally, Prozac can be associated with severe side effects that should be taken seriously. Tell your doctor immediately if you experience any of the following:

Seek medical help immediately if you have very severe side effects, such as:

Any of the above side effects should not be ignored, and you should seek emergency medical assistance right away. This is not an exhaustive list of possible side effects. Always inform your doctor or pharmacist if a symptom concerns you.

Ensure your doctor is aware of your medical history before taking this medication, including any history of bipolar/manic-depressive disorder, past suicide attempts by you or family members, liver issues, diabetes, low blood sodium, dehydration, seizures, gastrointestinal ulcers, or glaucoma. Keep a list of all medications you take regularly, both prescription and non-prescription, and ensure your doctor is aware of all of them. They may want to adjust your medication schedule to accommodate Prozac.

Do not share this medication with anyone, even if they have the same condition as you. Do not take Prozac for any other ailment other than what is prescribed. Do not stop, start, or change any medications without consulting your doctor first.

Do not take Prozac if you are allergic to the active ingredient fluoxetine or any other ingredients of the medication. Inform your doctor of any other known allergies you have.

This medication can cause dizziness or drowsiness. Avoid operating heavy machinery (including driving) until you know how Prozac affects you. Alcohol and marijuana can exacerbate dizziness, so it is best to avoid them.

Liquid Prozac contains alcohol. If you are diabetic, have alcoholic dependence, or have liver disease, use caution when taking this medication. Consult your doctor about your medication schedule for any other conditions you have before taking Prozac.

Ensure your doctor knows what medication you are taking before you have surgery, including non-prescription drugs.

Children taking this medication may be more susceptible to side effects, so it is important to monitor them, particularly any changes in their height and weight.

Older adults may also be more susceptible to side effects of this medication, including bleeding and coordination loss. Coordination loss can increase their risk of falling, so it is important to monitor these patients.

This medication is not recommended for use during pregnancy, due to the risks it poses to the unborn baby. It should only be used when necessary. Talk to your doctor if you think you could be pregnant, are planning to become pregnant, or become pregnant while on this medication. Babies born to mothers taking Prozac in the final 3 months of gestation can sometimes develop withdrawal symptoms, such as difficulty breathing or feeding, seizures, stiffness, or constant crying. Contact your doctor if you notice these symptoms in your newborn infant.

Prozac can cross into breast milk and can negatively affect a breastfeeding infant. Talk to your doctor before breastfeeding while taking Prozac.

Medications taken at the same time can sometimes interact with one another, changing the way they act in the body or increasing the likelihood of side effects. Keep track of what medications you take (both prescription and non-prescription) and share them with your doctor. If you are concerned about drug interactions or contraindications, talk to your doctor first.

Fluoxetine can remain in your system long after you stop taking the medication. Before starting any new medication, tell your doctor if you have taken fluoxetine in the previous five weeks.

Other drugs that cause bleeding or bruising can interact with this medication, such as clopidrogel (antiplatelet drug), NSAIDs such as ibuprofen, or warfarin (blood thinner). Use caution when taking these drugs and contact your doctor with any concerns.

MAO inhibitors can cause a serious drug interaction that can be fatal. Do not take MAO inhibitors (isocarboxazid, linezolid, metaxalone, methylene blue, moclobemide, phenelzine, provaraxine, rasagiline, safinamide, selegiline, tranylcypromine) while taking Prozac. MAO inhibitors should not be taken in the two weeks prior to starting Prozac and for five weeks after stopping Prozac.

Prozac can also slow down the removal of other medications from your body, which can be problematic. Such medications include pimozide, thioridazine, vinblastine, antiarrhythmics (propafenone, flecainide), tricyclic antidepressants (desipramine, imipramine) among others.

Although aspirin can increase the risk of bleeding when taken alongside Prozac, if you are taking aspirin at low doses to prevent heart attack or stroke, continue taking it unless instructed not to by your doctor.

Serotonin toxicity is a risk when taking other drugs that increase serotonin alongside Prozac. These include MDMA (ecstasy), St John’s wort, antidepressants (SSRI’s), and tryptophan, to name a few. The risk of serotonin syndrome may be higher when you begin taking these drugs, or if you increase the dose.

What type of drug is Prozac?

Prozac contains the active ingredient fluoxetine, belonging to a group of medicines called selective serotonin reuptake inhibitors (SSRIs). It works by inhibiting the reuptake of serotonin (the feel-good chemical) in the brain, letting its effects last longer.

When is the best time to take Prozac?

What happens if you miss a dose of Prozac?

If you miss a dose of Prozac, take it as soon as you remember. If you remember close to the time of your next scheduled dose, skip the missed dose altogether. Take the following dose according to your medication schedule. Do not take both doses to catch up.

How quickly does Prozac work?

Results can be expected within one to two weeks of starting the medication. This is dependent on the medication being taken consistently at the same time each day. Results may vary between individuals. It may take four to five weeks to feel the full effects. If you are not seeing improvements within this timeframe, inform your doctor.

What should you do in the event of an overdose?

What happens when you stop taking Prozac?

Stopping Prozac suddenly can lead to negative side effects or withdrawal. You should not stop taking Prozac without consulting your doctor first. They may want to decrease your dose gradually to wean you off of the medication.